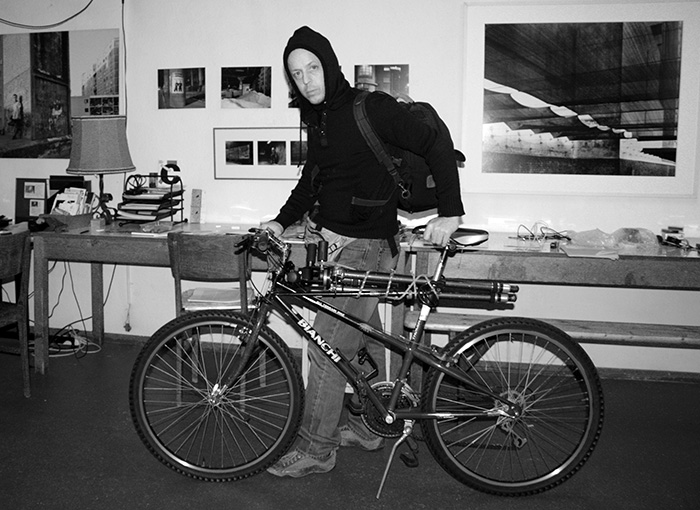 Gian Paolo Minelli is a recognized Photographer born in Geneva, Switzerland. Since 1999, he live in Buenos Aires. His photographs have been seen in more than 75 collective exhibitions all over the world and he has held individual exhibitions in many cities, among them: Berne, Geneva, Bogotà, Buenos Aires, Miami, Lugano, Bellinzona, Chiasso, Medellin, London, and Asuncion. Among other prizes, he has won one of the Swiss Art Awards (2008) and an honourable mention from the jury at the 10 edition of the Federico Jorge Klemm prize for Visual Arts (Buenos Aires, 2006). Between 2009 and 2010, he was artist in residence at the cite des Arts, Paris, and during 2012, six-mounth artist residency in Berlin. He has also published several books of his work. In Argentina his practice unfolds in public space, engaging inhabitants from marginal areas of the city. He has been working at Galpon PiedraBuenArte in Villa Lugano, one of the poorest suburbs in Buenos Aires where he combines Arts and Solidarity. From this work he has published the book Zona Sur, Barrio Piedrabuena, (2001-2006) and directed a film screened in International Festivals.